The story of the birth of Jesus Christ has been told for centuries, the account usually begins with the Annunciation to Mary or the appearance of the angel to the shepherds. Yet Matthew begins his nativity story with the genealogy of Jesus.

The long list of names intermingled with almost 40 begats can cause us to skim or even skip this portion completely.

But Matthew appears to be teaching us a powerful message about the Messiah by recording his lineage. Let’s see if we can discover some of these lessons.

Matthew divides the genealogy into three main sections of 14 names each.

The first section lists the patriarchs, the second lists kings, and the third list names of people mostly unknown to us.

The genealogy begins with Matthew stating the book of the generation of Jesus Christ, the son of David, the son of Abraham.

This first section recounts the names of the great patriarchs Abraham, Isaac and Jacob.

These were each men of great faith who, with their wives, left us great examples of righteousness right from the start.

Matthew appears to be giving us a key to understanding his message that of the promises made to Abraham, the great patriarchal prophet.

Each of these men were promised that through their seed, all the nations of the Earth would be blessed, a blessing that would be fully realized only through the birth and coming of the Messiah. The second section includes a list of Judas kings from David to the Babylonian captivity, emphasizing the importance of the dynasty of King David. David was seen by the Jews as one of their greatest kings. Through him, the nation of Israel was united under his command. The temple was built by his son Solomon.

Through his seed, the nation was ruled by the line of the Kings. Only two of the 14 kings mentioned, though, were considered righteous. Very few of the kings actually sought to guide their people to the Lord, the true king of kings. And David’s royal line would only be fulfilled through Christ the anointed one. The last section lists names of those that are otherwise mostly unknown in the Bible.

Matthew shows us the critical role these unknown helpers played in the birth of our savior.

We can easily view ourselves as nothing special when compared to great spiritual and political leaders like the prophets and kings in the previous two sections. But just like the unnamed widow who offered her to meit’s, our contribution, no matter how small, is acceptable before the Lord. From these divisions, we can see that God is able to work through the spiritually powerful, the politically powerful and the commoners that appear to be powerless.

It teaches us that each of us can play a critical role in helping to build the Kingdom of God. Another intriguing aspect of Matthew’s genealogy is the inclusion of five particular women. Women are rarely mentioned in genealogies in the Bible or in Chile except to teach a message or connect a name to a particular story. Thus, it would again seem that Matthew is trying to teach us something by including their names.

Four of these women could be considered to have questionable or suspect backgrounds Tamar, Rahab, Ruth and Bathsheba, the first woman, Tamar, dressed as a harlot so that Judah, her father in law, would give her a descendant because of the Liveright law of marriage, which was her legal right.

Rehab often called a harlot, though possibly just an innkeeper, was a Canaanite woman who lived in Jericho and helped hide the Israelite spies before they prepared to conquer the city.

Ruth, though, of Faithful, an incredible woman, was a Moabite and not of Israel, making her a foreigner. Bathsheba, perhaps a hitti like her husband, was seduced by David and likely always seen as tainted by this act committed against her because of their backgrounds.

Each of these women were likely looked down upon at some point in their lives.

Yet Matthew reminds us of their great contribution as heroes of the Bible. The last woman mentioned is Mary. Like the other four women, she too had a suspect background because of the miraculous yet misunderstood ways she conceived the Christ. Child, perhaps Matthew was trying to teach his audience that if you question Mary’s story, remember that many of the greatest prophets and rulers came from women who might have been questioned by society. As we read the genealogy of Jesus Christ and consider the people mentioned in his lineage, we learn from this long list that different types of people were used so that God’s beloved son could come to Earth, whether a righteous prophet, an imperfect leader, an unknown helper or someone with a questionable background or reputation.

All are known to the Lord. No matter our status, background or station in life, we too can have our name added to the long, beautiful list of those who play a critical role in gathering Israel in preparation for Christ’s second coming to the Earth. 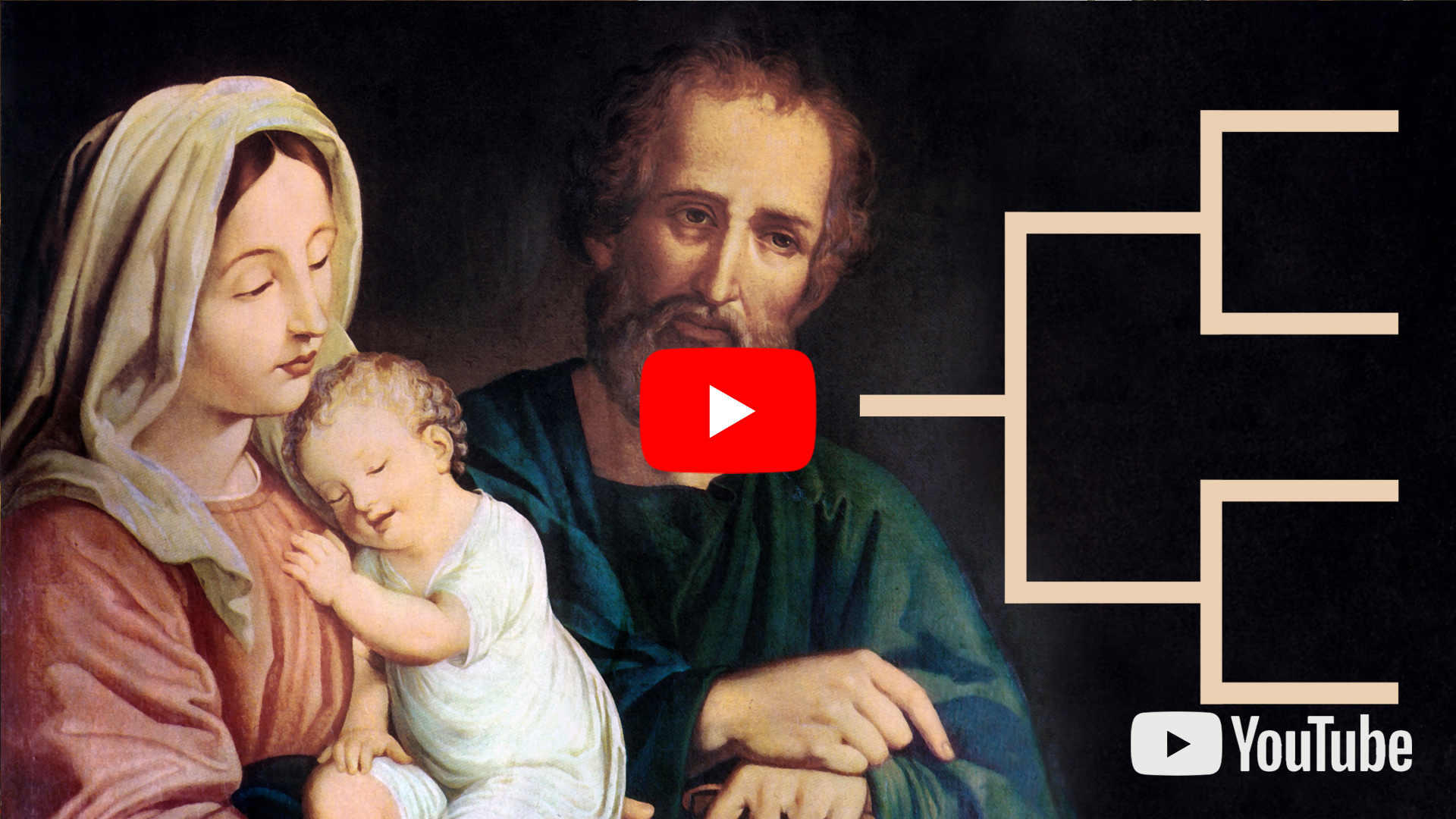 What the Genealogy of Jesus Teaches Us
About the Savior

Every year as we begin the Advent season, families gather to study the story of the birth of Jesus. The account usually begins with the annunciation to Mary or the appearance of the angel to the shepherds, yet Matthew begins his Nativity story with the genealogy of Jesus. Because of the long list of names, most families will skip this portion. But Matthew appears to be teaching us a powerful message about the Messiah by recording His lineage. This video will go in-depth into some of the most valuable lessons.

Watch my other videos about the first Christmas story here.

The giving machines are back this year!
View Post

What one scene (done in one take) made the film iconic?
View Post