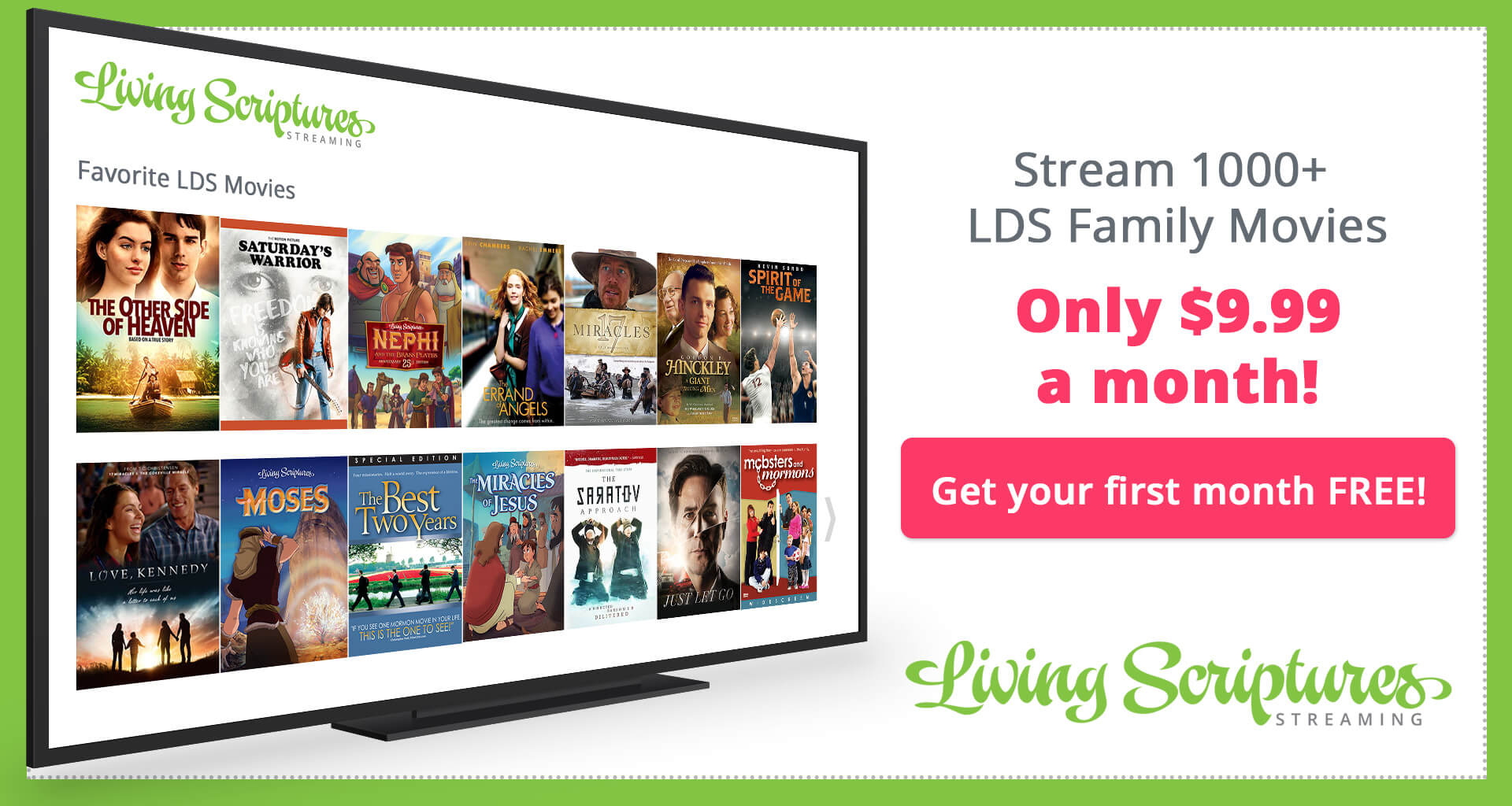 This post first appeared on Power in the Book of Mormon

I’ve never seen Christ in this life. My guess is neither have you. I have often wondered what it would be like. Asking myself a lot of questions. The same questions Elder Klebingat asked us in General Conference a few years ago:

What thoughts come to mind if you had a personal interview with your Savior one minute from now? Would sins, regrets, and shortcomings dominate your self-image, or would you simply experience joyful anticipation? Would you meet or avoid His gaze? Would you linger by the door or confidently walk up to Him?

Those are tough, important questions. I don’t know the answer, but I’ve always had a hunch. Before I was released from my missionary service, I was worried whether things would be awkward with my girlfriend. Two years apart in college and a mission is a long time for growth and change. Would we even recognize each other? Would we be so different from our former selves to be compatible? Would that familiarity still be there? And most terrifying of all: had those two years at BYU wised her up to the fact that she could do so much better than me?

All of that disappeared during our first date after I got back. She brought some snacks and we went to a park. We sat together in the cool autumn air and just talked. It was so easy, so natural, and so perfect. We picked up right where we left off. It surprised me how quickly two years of absence could melt away and the closeness and familiarity could return. It was like we had never been apart. Not long after, I was able to look back on that first date after my return home as one of the way Heavenly Father was confirming my decision to ask her to marry me.

That’s how I imagine it would be to meet the Savior. Instant familiarity, as if we had never been apart. Pres. Benson, in speaking about our inevitable return to that God who gave us life, said that’s basically how it will go when we do finally meet Heavenly Father and His Son:

Nothing is going to startle us more when we pass through the veil to the other side than to realize how well we know our Father and how familiar his face is to us (link).

The glory of Christ and angels

It makes sense, right? Of course if Christ appeared to you right now, you would recognize Him, right? You couldn’t possibly confuse your Creator for anyone else, right?

Well, the Nephites did:

And behold, the third time they did understand the voice which they heard; and it said unto them:

Behold my Beloved Son, in whom I am well pleased, in whom I have glorified my name– hear ye him.

And it came to pass, as they understood they cast their eyes up again towards heaven; and behold, they saw a Man descending out of heaven; and he was clothed in a white robe; and he came down and stood in the midst of them; and the eyes of the whole multitude were turned upon him, and they durst not open their mouths, even one to another, and wist not what it meant, for they thought it was an angel that had appeared unto them.

Did you catch that? We are specifically told that “it had been prophesied among [the people] that Christ should show himself unto them after his ascension into heaven.” These were some of the most righteous Lehites in the nation– the ones who were paying attention to the prophecies and knew what was going to happen. And just a moment before Christ descended, God the Father had specifically introduced the divine personage descending from heaven as “my beloved son.” Yet the crowd at the Temple still apparently thought Christ was (just) an angel.

This happened in the New Testament, too. The Apostles in the Old World thought the mortal Savior was a spirit (or angel) when they saw Him walking on the water (Mark 6:49). And again, when He appeared to them as a resurrected being, even though some of them had been visited by Him before, they at first “were terrified and affrighted, and supposed that they had seen a spirit”. Towards the end of the Savior’s mortal ministry, the first First Presidency (Peter, James, and John) were with Christ on the Mount of Transfiguration. In that sacred moment, they were privileged to see Christ shine like the noonday sun, hear the Father again introduce His Son, and be present for the visitation of Moses and a few other prophets, living and dead (angels). Yet during this sublime experience, they suggested that they construct altars so they could worship Christ and the rest of the angelic visitors.

The ancient Apostles and the Nephite believers were good, righteous people. They experienced many miracles and were witnesses to angels and other divine manifestations on a daily basis. So, it is telling that when an angel appeared or when Christ presented Himself, they sometimes got confused between the two. Why is that? I’m going to venture into supposition for one brief moment to suggest that perhaps when an angel appears, commissioned by Christ to do some work appears, he will channel some of Christ’s glory. Or perhaps the glory from any heavenly being is so blindingly beyond anything we have ever seen that we mortals just can’t tell the difference. I don’t know. But it is telling that apparently, the glory of the angels and the glory of God are, at least to mortals, close enough that we can’t immediately tell them apart without some sort of introduction.

Our place in all this

As I read that verse in 3 Nephi 11, the thought that popped into my head was a Davidic Psalm that says God made man “a little lower than the angels, and hast crowned him with glory and honour.” So if angels are close to God, and we are close to the angels, what does that say about us?

I think we as members spend a lot of time and effort trying to convince people that we are actually Christian. We try to use mainstream Christian terms like “pastor,” “congregation,” and “Bible study” to refer to our activities and organizations. We emphasize and re-emphasize our testimonies of Christ and His divinity whenever we get an opportunity to speak about our beliefs with others. In short, we are always looking for common ground to point out, and that’s good. There is far too much misinformation out there claiming the contrary. But I wonder if sometimes as members we sell ourselves short by neglecting one of the key doctrine of our faith. We believe and know that God is not just the omnipotent Being who created the world, “without parts or passions,” distant, “incomprehensible,” unreachable, and “unknowable.”

No, we believe God is our literal, reachable Heavenly Father. That we are to be intimatelyfamiliar with Him, as He is with us. That the whole purpose of life is to try to come to know God, to try to understand Him, and to reach as far as we can for Him, as He reaches for us. And we are promised that someday, “be ye therefore perfect” will be perfectly possible. That someday, we will come to know Him with perfect clarity. That someday, that fine line between us and the angels– between the angels and God– will finally be crossed, and our Heavenly Father will help us become what every father wants for his children: to learn, to grow, to have a family, and become like Him.

We don’t know when that day will come. We don’t know exactly how far or how close we are in our journey. But in the not too distant future, that long-awaited day will come. The heavens will part, and we will find out exactly what it will feel like to stand in Christ’s presence again. And at that day, if we have done our part, we may find that we are not that far off:

Wherefore, my beloved brethren, pray unto the Father with all the energy of heart, that ye may be filled with this love, which he hath bestowed upon all who are true followers of his Son, Jesus Christ; that ye may become the sons of God; that when he shall appear we shall be like him, for we shall see him as he is; that we may have this hope; that we may be purified even as he is pure.

Not the lesson I thought I was going to get out of those first few verses of 3 Nephi 11, but it’s what I needed to hear. Never sell yourself short. Never forget your divine potential.

This post first appeared on Power in the Book of Mormon

I love the Book of Mormon.

Official statement regarding Church’s name and terms “LDS” and “Mormon”