Naomi and her family moved to Moab because there was not enough food in the land of Judah. Then Naomi’s husband died. Naomi’s sons married women from Moab named Orpah and Ruth. They took care of Naomi for 10 years. 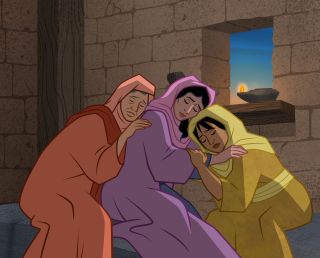 Then Orpah’s and Ruth’s husbands died. Now the women were alone. Naomi could not provide food for Ruth and Orpah. 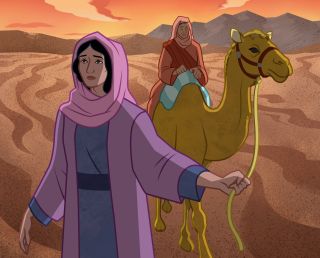 Orpah returned home. But Ruth wanted to stay and take care of Naomi. Ruth and Naomi heard the land of Judah had crops again, so they traveled there. 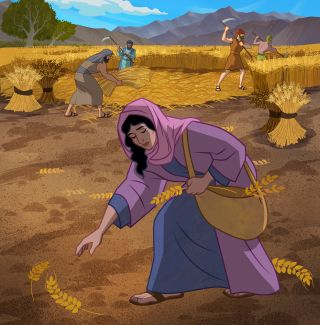 Ruth and Naomi arrived in Judah during the harvest. They needed food. Naomi’s relative named Boaz owned fields in Judah. He let Ruth take the leftover grain in his fields. It was hard work.

Boaz respected Ruth because she worked hard and because she was loyal to Naomi and the Lord. He told the servants to leave more grain in the fields for Ruth.

Naomi wanted Ruth to have a family. She encouraged Ruth to marry Boaz. Ruth knew that if she and Boaz got married, they could take care of Naomi together.

Ruth decided to ask Boaz to marry her. Boaz knew Ruth was a loyal and virtuous woman. He agreed.

Ruth and Boaz got married. Soon Ruth had a baby boy. He became the grandfather of David, the future king. Many years later, Jesus Christ was born into this family line.

WISHING YOU A VERY GIPSY CHRISTMAS

Make today your day to be thankful | Skylight spiritual wellness